“When your mother asks, ‘Do you want a piece of advice?’ it’s a mere formality. It doesn’t matter if you answer yes or no. You’re going to get it anyway.” ― Erma Bombeck

My face when my Mom gives me advice.

…and whether I (and maybe you as well) want to admit it or not, Mom always knows best.

It’s hard to put in words how much my Mom means to me. She’s always been my biggest fan. The one I could count on no matter what. She’s everything I strive to be and more. 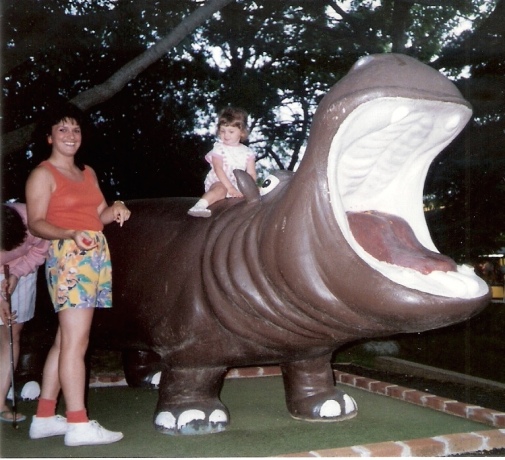 “When you are a mother, you are never really alone in your thoughts. A mother always has to think twice, once for herself and once for her child.” – Sophia Loren

Just as much as my Mom has to think twice for me, I often find myself thinking, “What will my Mom think?” when making a decision. Now, whether or not I’ve chosen to make the decision that she would’ve liked is a whole different story…hey, it’s the thought that counts, right?

Who is going to bail me out, if you’re in here with me?!

“But there’s a story behind everything. How a picture got on a wall. How a scar got on your face. Sometimes the stories are simple, and sometimes they are hard and heartbreaking. But behind all your stories is always your mother’s story, because hers is where yours begin.” – Mitch Albom

I’ve been fortunate enough to have my Mom as a part of my life for the past 28 years. Actually, that is a HUGE understatement. It’s rare that a day goes by where I don’t talk to her on the phone multiple times of day.  And now thanks to technology, both of us are even more readily available.  She has helped me with so much. Whether I was texting her at 2am (no reason to specify why lol) or needed a 4am wakeup call… I knew who would always have my back. 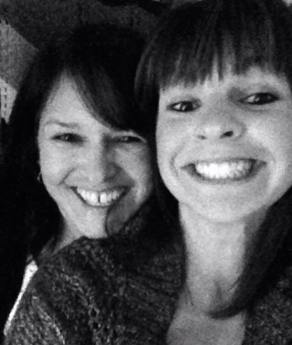 Also thanks to technology we can take great selfies together.

Speaking of technology, I’m so happy that I had a childhood before technology took over. Don’t get me wrong, I love all of the advances in technology, but it’s a little weird to me when a 10 year old has a cooler (and more expensive) phone than I do. I am more than ok with that Facebook and Instagram were not around in my college days either..for more reasons than I could even begin to list. I hope that my children can have even HALF of the childhood that my mother (and father, aunts, uncles, grandparents, friends of the family) created for my sister, cousin and friends. Remember when kids played outside, used their imaginations and had toys that didn’t require batteries or a power source? Ok ok, I know this stuff exists, but you know what I mean (hopefully).

Now, back to my Wonder Woman. I have always appreciated everything that my Mom has done for myself, family and our friends. The older I get, the more I am blown away on how much she has always been able to do. I’m convinced she’s got some kind of super power or at least a sixth sense. There’s a good chance she has both. I could (and still can) always count on her to be there through all of the good times and the bad. I couldn’t even begin to recap the outings, field trips, sleepovers, dance competitions, track meets, appointments, dances and parties made possible by Jen Cote…

Looking back I know how much my sister and I had to of driven her crazy or at least VERY close to it, but you would’ve never known. Well, except for a few times that really stand out… but I was clearly the angelic child for the most part 😉 She always has and still does to this day, put everyone else before herself. 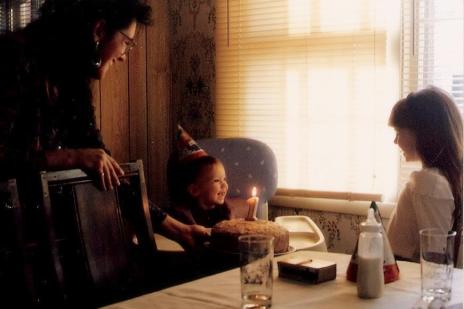 Our last night together.

Life has an odd way of unfolding. It was just as unexpected when than less than four years later she had to say goodbye to her nephew who was just a year older than her daughter. I know I have mentioned it before but growing up next door to your Aunt, Uncle and three cousins makes it seem like you’re all one big family. And coming from a large family with most of all living within a reasonable driving distance we were all so interwined in each other’s lives.

I don’t mean for Mother’s Day tribute to take too much of a turn, but need to reiterate the strong, inspiring and positive woman that I am so blessed and privileged to call my Mother.

I’ll say it once and I’ll say it over and over again… My Mother means the absolute world to me. Be sure that you take more than just (tomorrow) Mother’s Day to let your mother and / or those women in your life who are mothers know how much they mean to you and remind them that all that they do does not go unnoticed. I am also so grateful to have grown up surrounded by my two Nanas, Aunts, other family members and close (female) friends of the family that also served as magnificent examples.

This one is still #1 no matter what…

Bet you thought you were safe when I made it out of my early 20’s without doing anything crazy to my hair.

Happy Mother’s Day to all of my family members, friends and coworkers who are mothers. I love you all!

8 thoughts on “I Got It From My Mama”